Learn How to Date a Black Girl

How to Talk to Black Girls

Talking to black girls isn’t exactly the most straightforward task for a lot of guys. Without putting them in a box and saying they’re all one kind of person, they aren’t people that like to deal with fools. So, first and foremost, know what you’re going to say to the lady before you actually go and say it. That definitely applies to people that are from a different race than the girl. Talking to black girls as a white guy or someone other than black can be challenging. Not only do you have to be as convincing as other guys when asking them out, but you have not to be thin-skinned. Some women just don’t date white or Asian guys, deal with it. Other than that, if you’re trying to talk to girls while they’re with their friends, you can count on being criticized a little bit more than usual. It’s all about protecting their friend, though, so you have to put up with it.

Flirting with and Dating Black Girls 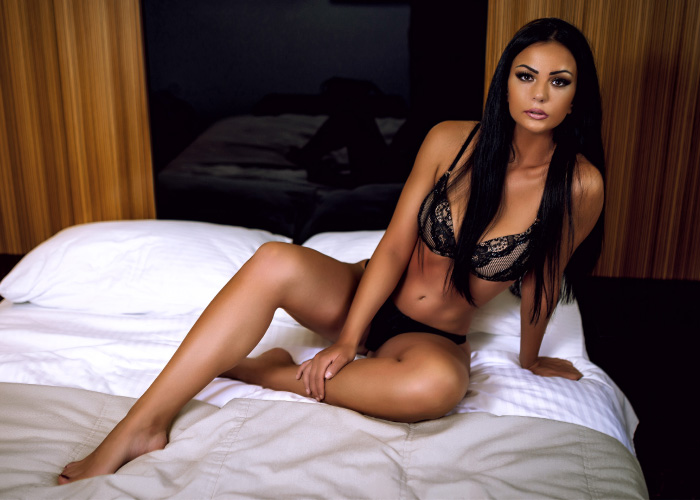 Flirting with ebony ladies can be very interesting and fun. While it’s not always the case, black women will be the first people to tell you that they are more open about their feelings and desires than other women who were raised to be too reserved. If you’re flirting with a black woman, you have to remember two things. First, she is probably going to escalate the flirting quickly and to the level that she has in mind for you. That means you don’t want to push the flirting beyond a specific level, or she’s going to forget about you and move on to another guy. The second thing you have to remember is that flirting can quickly turn into something more serious. Again, this is not for all black babes, but they have their feelings and aren’t afraid to show them. So, flirting is generally when you allow the woman to be in control of the situation so that she can direct it. Yet, you don’t want to be a guy that has no voice in the relationship. That being said, you have to balance the two sides. You need to speak up when it’s appropriate, but you also have to remember that her input is just as valuable as yours. Dating black girls is interesting because you can count on moving quickly in all other respects of the relationship except for meeting the family, and that goes double for guys that aren’t black. They don’t bring someone home to meet their parents and siblings unless things are getting serious. So, you should remember to be patient with your woman and let her offer to take you home to meet her family before you waltz in and expect a warm welcome.

How to Find Black Women Looking for Dates

Black women looking for dates aren’t exactly hiding from you, but the fact remains you need to be in the right place. If you’re in a part of the country that doesn’t have a lot of ebony girls, then you are going to find yourself in trouble. Go to local cities and university campuses if you’re looking to meet people from outside your culture or part of a minority culture. Another great way to meet black women is by going to an online dating website. These professional services can help connect you with hundreds of hotties that are from your local area and looking to meet someone. That will make it easier to chat and flirt with them, and you won’t have to meet awkwardly with them or their family until the two of you are ready to face that issue. Of course, there are always bar crawls, going to events that are predominantly black, and more. However, the dating websites that cater to diverse relationships are always going to be the most effective and safest way to meet people from this culture.

What About the Bedroom of a Black Woman?

Lastly, you have to consider the bedroom of a black girl. When you go to have sex with these women, you need to know a couple of things. For starters, there is not a single black girl on the planet that wants to be fetishized by a white guy. You don’t want to worship them as your ebony goddess or do anything of the sort. They’re just regular people, and you need to respect them as such. So, you have to dispel the stereotypes before you start having sex with them. For one thing, she’s probably already caught up on the idea of endowment not being relegated to one race and not another. So, you don’t have to worry about that. Black women are unique in that some might be loud, or some might be quiet. They might not even be that in touch with their sexuality at all when you meet them. You have to consider them as individuals and get to know them. However, that does come with the caveat of knowing about a black woman’s hair. Don’t mess with it, don’t ask her if it’s real, and don’t make fun of her routine. You’re only asking for trouble, no matter what color skin you have.

As you can see, dating a black woman can be a little different than dating other people. You should know that they tend to be a lot more outspoken about their relationship issues because they’ve learned that holding back doesn’t help them. Moreover, black women tend to be oriented around their families and the local community. So, you have to consider these elements when dating them. Last but not least, don’t put anyone in a box. Love them as an individual.