The Benefits of Dating a Black Man

You’ve heard on the grapevine that black men always have ‘it’ on their mind, but how much truth does the saucy stereotype hold? If you’re interested in dating a black guy, whether casually or in the hope of finding a long-term, lasting relationship, there must be a particular attribute or two, or a few, that have fuelled that initial attraction. It’s hard to retune your ‘black guy schema’ to a more accurate understanding of their romancing nature. In a 2019 study, Lifestyle magazine, Ebony, and QuestionPro asked almost 300 African-American males some vital relationship questions. Of the 73 percent of participants who were in a relationship, of each and every incarnation, over half said that they wanted to marry their current girlfriend. Only 11 percent said they had no interest, whether due to being unsatisfied or simply not wanting to settle down. The take-home? Commitment certainly doesn’t leave black guys shaking in their sneakers.

At the Six Brown Chicks 6th annual expo in 2017, the He Says/She Says Relationship Chat invited eight black men to open up about the truths of dating. The exclusive panel was covered by The Huffington Post and featured two members of 100 Black Men of Chicago Inc., an organization dedicated to improving the quality of life of African American males across the state by providing positive role models. In the hope of endorsing honesty and integrity within partnerships and promoting the Six Brown Chicks ethos of respecting self-worth and kindness, the eight-panel guests shared invaluable insight into what guys – and black man specifically – consider important in a relationship. Homing in on the latter, Paston Chenier Alston, began the chat by offering universal words of wisdom, advising ladies not to search for someone to ‘complete’ them. Despite the common idiomatic phrase, ‘my better/other half,’ using an apt mathematical analogy, Alston reminds us that 0.5 x 0.5, never equates to a whole. He prompts women to find fulfillment and self-love before dating to reap the rewards of a successful relationship truly. Dating talk centered largely on the politics of paying for dates. The conversation demonstrated that views are polarized in this area. Yet, the underlying consensus acts as general relationship advice: get to know your man’s moral values. Don’t expect he wants to marry – hookups can be fun, right? Likewise, don’t expect that he’s comfortable with you picking up the bill. Each relationship is unique; explore it entirely to find your best fit. In a similar vein, panel members contended that men entering a new relationship should be able to do so with a clean slate. That is, just because you’ve been hurt in the past isn’t to say your new partner will replicate those errors. With most black men brought up to respect women, ‘stay true’ to who you are and what you love – whether that be celibacy or free-spirited casual sex – and you’ll find a guy who loves the way you do you.

Dating a Black Man for the First Time 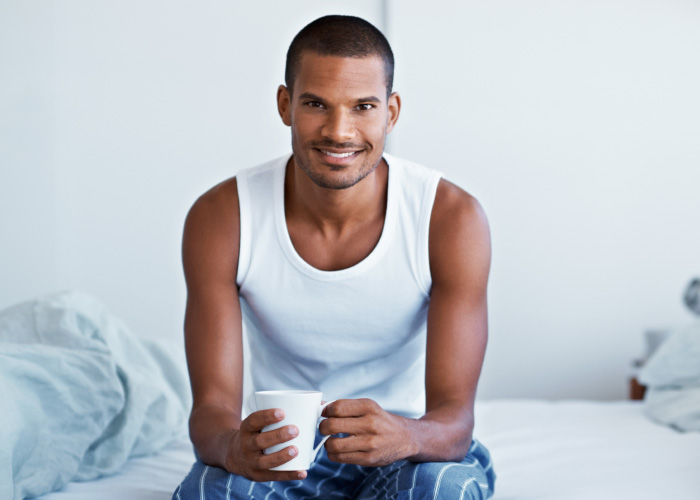 Although meeting matches through friends remains the favorite way for black guys to meet girls (23%), 20 percent of guys prefer to use an online dating service to find a new girlfriend. That in mind, whether you’re a white or ebony female single interested in dating a black man for the first time, online dating could help you achieve your relationship goals. Instead of relying on a mainstream hookup website to look for ebony love, be more selective. Choose to use a site that is dedicated to black dating and serves your local area. Websites that are inundated with personals posted by white or Asian singles who aren’t interested in swirling can make for a tedious dating process. Using a specialist black relationship site, you can peruse pages of ebony M4W ads posted by guys seeking someone just like you. With clear profile selections and bespoke search results, you can be sure that you’re connecting with like-minded matches, who live conveniently close by. With chatrooms at your disposal, it won’t be long before you graduate to a first real-world date with your dream black guy.

Are Black Men Better in Bed?

Let’s cut to the chase… after all, tropes are typically founded on fact. But do black guys perform better in bed than men of any other race or cultural background? In an anonymous anecdote for StrausMedia, a white woman describes what she feels inspired the phrase, ‘once you go black, you never go back.’ Style and edge, the luxurious touch of thick black skin, sexual confidence unrivaled by men of any other race. Most importantly, the article highlights that black men have preserved the art of flirting. Ebony guys know how to woo a woman and make her ‘feel sexy.’ Teamed with a black guy’s self-assured manner and inclination to dominate, a female can let loose and lose all her inhibitions during their intimate encounter. How to make love to a black man? Allow him to take control and submit to his overt masculinity. Additionally, although the average black man’s genitalia is only marginally larger than a white guy’s gear, statistically speaking, research has shown that perceived penis size (due to racial stereotypes), does influence ‘intrapsychic sexual scripts.’ Ergo, believe it, become it. It’s no wonder erotic encounters with black guys carry the rep of being out of this word.